While I haven’t identified any Ash trees in our woods with the Emerald Ash Bore, I have been taking down a few for firewood and to open up the canopy for new trees.  I would estimate that our 25 acre forest is about 20% ash, which is a lot of trees.

Most of the firewood we get from our woods is from hardwood trees like Red Oak and Hickory which have fallen on their own because of heavy snow or wind.  It is then easy to cut the fallen tree up into logs and split them.  I have been using a chainsaw to fell trees since I was 16 years old – so over 40 years. I have cut down maybe 100 trees in my lifetime, and generally not had problems.  So it is odd that the last three ash trees I have cut down have been to some degree hollow and potentially dangerous. 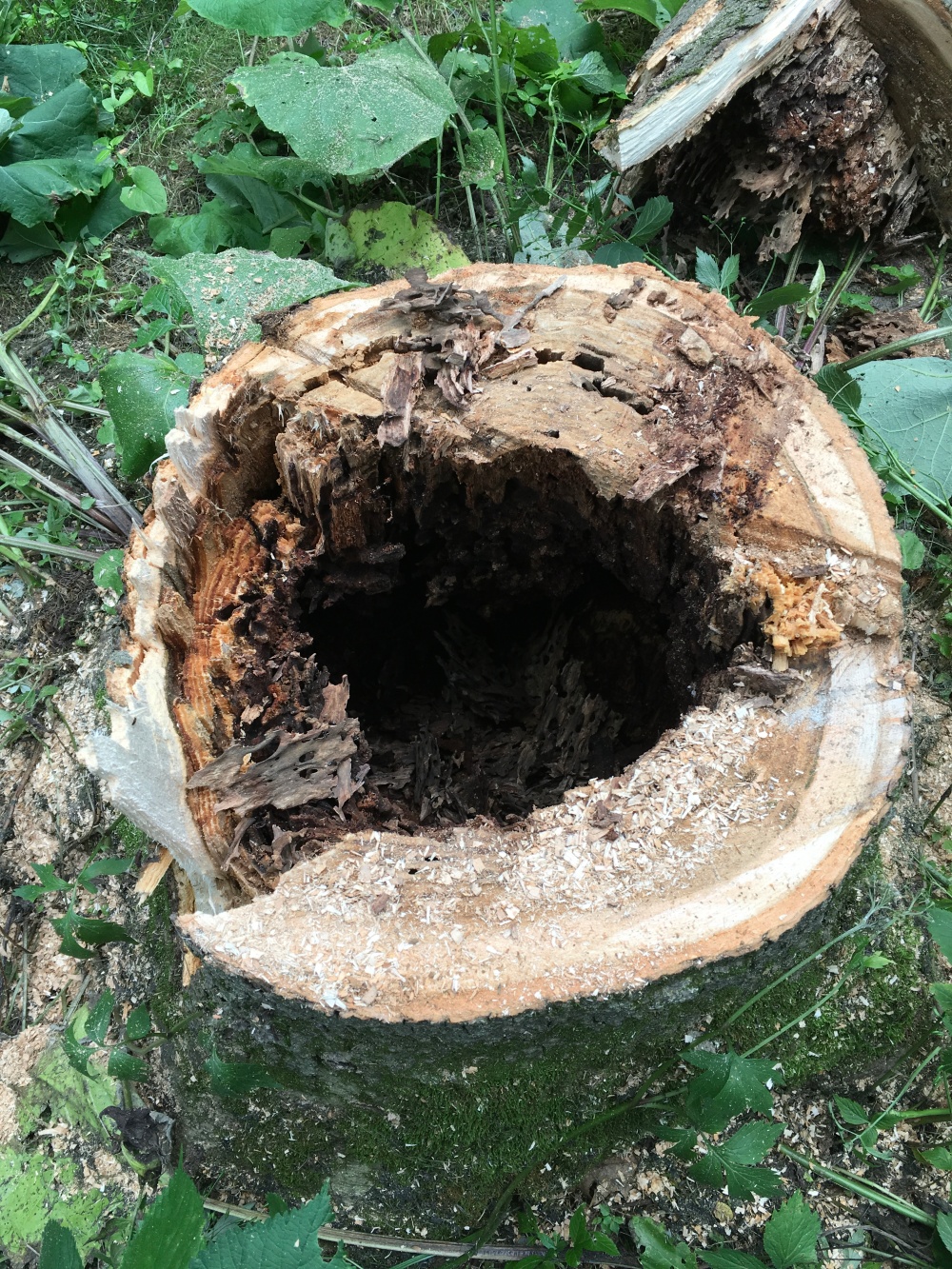 The stump you see above was from an ash I cut down in late summer of 2017.  As you can see it was very hollow.  I cut my face/notch cut at the top of this picture and then started my back cut on the back/right side.  (on bigger trees like this I usually make small back cuts on the sides before the final back cut straight back from the notch cut)  As I was doing the small cut on the right side, the tree unexpectedly started to fall.  I was lucky it still fell in the general direction of the notch.  Who knows what would happen if I had started the notch cut or the side/back cut on the left side which had very little wood.

As I was saying the next two ash I have fallen have also had hollow cores – not as extreme as the picture above, but still not good.  Since I prefer red oak for firewood I don’t have a lot of experience cutting down ash trees.  I hope that 3 in a row is the end and not a trend.

A couple notes:  We have green, white, and black ash in our woods.  I usually don’t differentiate between the three types – just call them ash.  Also the tree which the stump above is from had part of it’s very top blow down 5 or 6 years ago, but still looked like a healthy green tree when I cut it down.